A scientific deep sea drilling expedition to study microbial carbon cycling in a 2-km deep coalbed
One week with the scientists onboard Chikyu, the world’s largest research vessel!

Among the least characterized geobiological systems on Earth that can be accessed by scientific ocean drilling are deeply buried hydrocarbon reservoirs in sedimentary formations along continental margins. In particular, the microbiological and abiotic processes associated with a deeply buried coalbed in the ocean remain poorly understood and pose the following questions: (1) what role does subsurface microbial life play in the formation of hydrocarbon reservoirs? (2) Do deeply buried hydrocarbon reservoirs act as geobiological reactors that sustain microbial life by releasing nutrients and energy sources? (3) Do the conversion and transport of hydrocarbons and other reduced compounds influence biomass, diversity, activity, and functionality of deep subseafloor microbial populations? (4) What are the fluxes of both thermogenically and biologically produced organic compounds and how important are these for the carbon budgets in the shallower subsurface and the ocean? To address these important scientific questions, Integrated Ocean Drilling Program (IODP) Expedition 337 will drill and study the deep coalbed biosphere off the Shimokita Peninsula in the northwestern Pacific using the D/V Chikyu. This expedition aims to extend the maximum penetration of scientific ocean drilling to over 2200 meters below seafloor (mbsf) and will explore the microbial ecosystem associated with a deeply buried coalbed (i.e., a habitat that had never been accessed by previous scientific ocean drilling). The riser drilling and operational strategy will involve spot coring in representative intervals throughout the hole, continuous mud gas logging (gas composition and stable isotope), continuous geochemical and sedimentological analysis of cuttings retrieved during riser drilling, wireline logging from 647 to 2200 mbsf including sampling of pristine formation fluids, and pressure core sampling in methane hydrate–bearing strata in an adjacent hole under the in situ pressure condition. The cored intervals in the deep hole will be subject to intense sampling for shipboard and shore-based investigations. In addition, we will address scientific problems related to CO2 sequestration in offshore coalbed formations through ex situ experiments using the recovered core materials. The latter experiments will investigate how supercritical CO2 interacts with minerals, organic matter, and life in the deep subsurface and examine how CO2 storage may affect biogeochemical carbon cycling. Ultimately, Expedition 337 will greatly advance our knowledge of the coalbed subseafloor hydrocarbon system and the deep biosphere, including its CO2 sequestration potential. 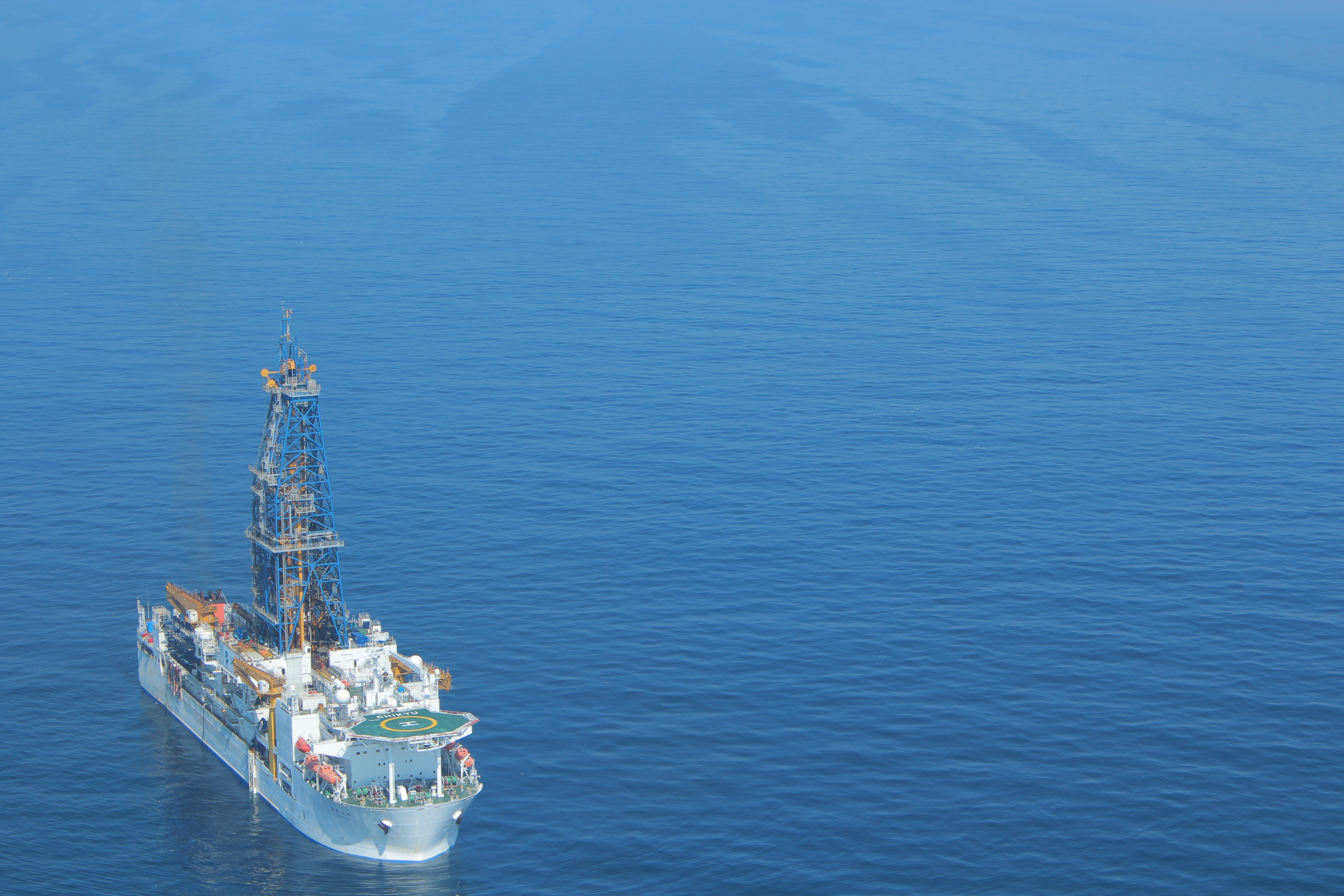